An unforeseen consequence of Brexit and the end of the Parliamentary session is the failure of the Toilets (Provision & Accessibility) Bill to complete its progress into law. 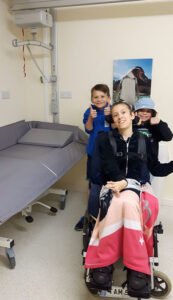 Introduced two years ago as a private members bill by Paula Sherriff MP, the Bill sought to make it compulsory for certain buildings to provide Changing Places toilet facilities. It inevitably gained massive support from anyone who needs such toilets, and from a large number of MPs too. It was making good progress too: consultation had been sought, and the Bill was being prepared for publication. So close…..

Disabled people account for 20% of the UK population. They therefore account for a significant proportion of the voting public.

For the tens of thousands- perhaps millions- of disabled people who benefit from Changing Places, this election could provide an opportunity to make their voice heard, by asking their local candidates about their views and plans about Changing Places.

Many may decide it is a step too far to make provision of full specification Changing Places, with their associated space and cost considerations, a legal requirement. It is an argument easily countered. Any of us who use or have used wheelchair-accessible toilets will vouch for the fact that often, particularly where they are the only WCs, there is a decent amount of space- often, enough to accommodate the extra fixtures to make it a Changing Places.

So ask your candidates to lobby for Changing Places. And aim for the full specification: it is better to aim for what you want, and stand the chance of getting it. After all, the key additional components of a Changing Places over a conventional wheelchair-accessible WC are space- which is often there, or almost there, anyway, a full room cover ceiling track hoist which takes up no space, and an adult-sized changing bench (ideally 1800mm x 800mm).

Maybe it is time to ask a leading question: currently the law states that, if no other WC provision can be made, the least should be a unisex wheelchair-accessible toilet. What if that law was changed, if it enabled more disabled people, their carers, to be able to access the world beyond their front door? If it was changed to be that the minimum WC provision should be a unisex wheelchair-accessible WC with a hoist, adult-sized changing bench and privacy screen, in a room at least 6.5m2? If it was changed for just that one proviso i.e. where there was not the space for any other toilet provision such as in a small (10+ covers) café. In all other scenarios, basic toilet provision would remain as it currently stands, with the addition of a Changing Places?

Would that be a vote winner in your book?

Penny for your thoughts…